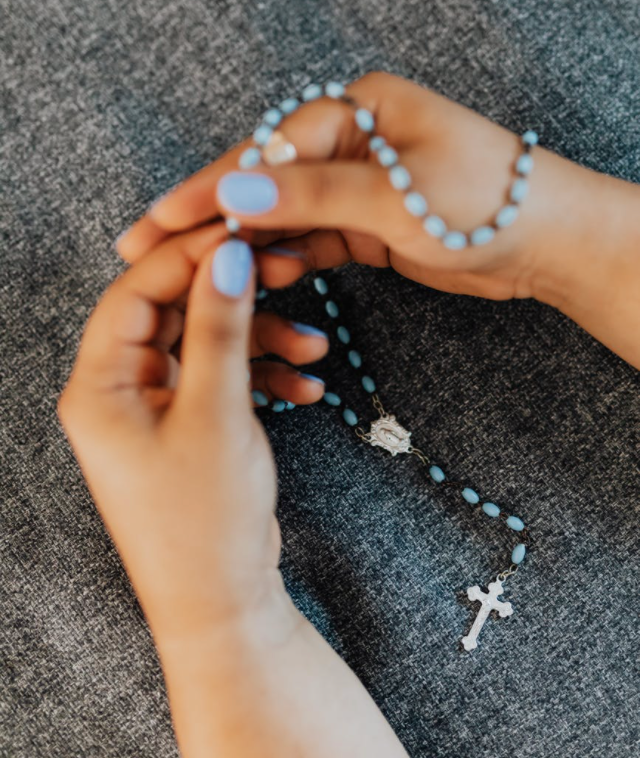 When RSS volunteers reach every disaster zone to help out during earthquakes, floods, tsunamis they don’t tell the affected people “you are being punished because you are not Hindus”

But Christian proselytisers do!

And they make no bones about it

“You are being punished by God because you are an idolator (Moorthi Puja); come to Christ and the Kingdom of Heaven awaits”

And for that …everyone but everyone from all Christian missionary services says “I see Jesus in every helpless human being and want to bring the whole of India to Jesus!”

And the weapons of this war on Hinduism?

Convent Schools, NGOs, Welfare Organisations, even Medical Services…all in the name of Jesus Christ and the Kingdom of Heaven

This is where social service takes on a new and sinister meaning in the rural and tribal hinterland of India.

Christian missionaries are front runners in this new Conversion Model of Social Service.

“They use this method in two ways..

Second, they provide financial help to the needy. They use social service as a cover for their main purpose “to bring the ignorant masses to Christ” in effect CONVERSIONS

First, a region is selected where most of the people are backward and poor, where majority belongs to SCs and STs! Most of these people have either been abandoned or exploited or persecuted by the Majority Hindus so it is easy to rundown Hinduism and its Castes and Praise The Lord in its place!

And those who are still not convinced are convinced by  “Jesus Salesmen” who start to sell Christianity. Money to embrace Christ! What was that about Judas having sold his soul for 40 pieces of silver?

Pandita Ramabai, a Brahman converted to Christianity after being widowed at an early age, started an organisation ‘Shanti Sadan’ in Mumbai in 1889. It was a school for widows. It was found that she carried out proselytisation in that school. She is called Social Reformer by the feminists. During the 1896 famine in Maharashtra, she housed a few thousand orphan girls and widows. They were later baptized(preached Christianity) and converted to Christianity. Proselytising during the time of natural calamity is well-known missionary activity. Ramabai was probably the first missionary in India to apply this tactic successfully.

During the Kerala floods in 2018, a Christian preacher Lazarus Mohan blamed Hindu rituals (mainly Moorthipooja) as being responsible for the floods in Kerala. Attacking the traditions of others and praising Jesus as a sole saviour is a well-nourished tool, used by missionaries to convert people when they are in deep distress and hoping for any divine help.

Pointing out the helplessness of other religions, Christian missionaries stress on Jesus and Christianity. Missionaries were busy in selling Jesus during Nepal Earthquakes in 2015 too.

Christian missionaries used the immense human tragedy for their advantage. This Tsunami also brought an opportunity for them. In Indonesia, western Christian groups reached for proselytization. Local Muslims opposed it. American evangelist Mark Kosinski said, “These people need food but they also need Jesus. God is trying to awaken people and help them realize salvation is in Christ.” Missionary group tried to fly hundreds of children to a Christian orphanage, where they baptized (preached Christianity) them.

In TamilNadu also, this Tsunami was used as an opportunity for conversion.

The same Lazarus Mohan, a powerful Christian preacher, called Idolatory (Moorthipooja) a Sin that brought curses and disasters to the nation. He said, instead of worshipping Jesus, people worship demons and evil spirits (he was pointing to Hindu Gods clearly).

The legends of St. Thomas’s miracles were unleashed and a story was circulated titled ‘How Tsunami waves did not touch Santhomme cathedral’. This fraud was circulated by Jesus Salesmen

In the coastal village Akkaraipettai, an evangelical group ‘Gospel for Asia’ and their associates ‘Believers Church’ had set up an orphanage illegally. CD Suriyakala, a professor at Sathyabama University (Chennai) discovered that 108 children, mainly Hindus, had been taken to the orphanage and compelled to recite Christian prayers six times a day. KP Yohannan, the founder president of GFA, proudly admitted that 14,500 missionaries had distributed Bibles and pamphlets to Tsunami victims.

From the reports which came from Iraq in 2015, we find that the tactic of social service was used there also to convert the Yazidi people. Vian Dakhil, the only Yazidi member of Iraqi Parliament told the reporters of a news agency that –“Attached with humanitarian aids they distributed Bible and pamphlets containing information about Christianity.” Christian groups inside the Yazidi camps were working to persuade Yazidis to convert to Christianity. This incident is not just about religious conversions, it’s a clear attack on a culture.

During the 2004 Tsunami, In Moraketiya (Sri Lanka) many evangelists tried to convert people in a relief camp. They gave gifts to children to grab both the attention and affection of the residents of the relief camp.

‘Religion and social service’ or ‘Social service by religious institutions and organizations’ has a very long history. In Indian culture, social service was never done for conversion. It is always done for a good cause. In India, Temples are providing food daily for the needy. The caste of Men, Women, Children benefited by this does not matter to them. There is never a sense of conversion in the social service provided by the Temples. Social service has a very wide meaning. Limiting it to just as a way to convert is not fair at all. During the time of Kerala floods, during the cyclone disaster in Odisha recently, RSS swayamsevaks served people selflessly and tirelessly. They didn’t ask the religion of the victim of calamity nor they tried to proselytize anyone.

So what are we doing?

The Sikhs are in the forefront of providing selfless social service, followed by the RSS and others. There are enough Muslim Organisations also involved in selfless service

We have seen this now more than at any toner time during the COVID 19 Pandemic!

Will India wake up to this all new danger?