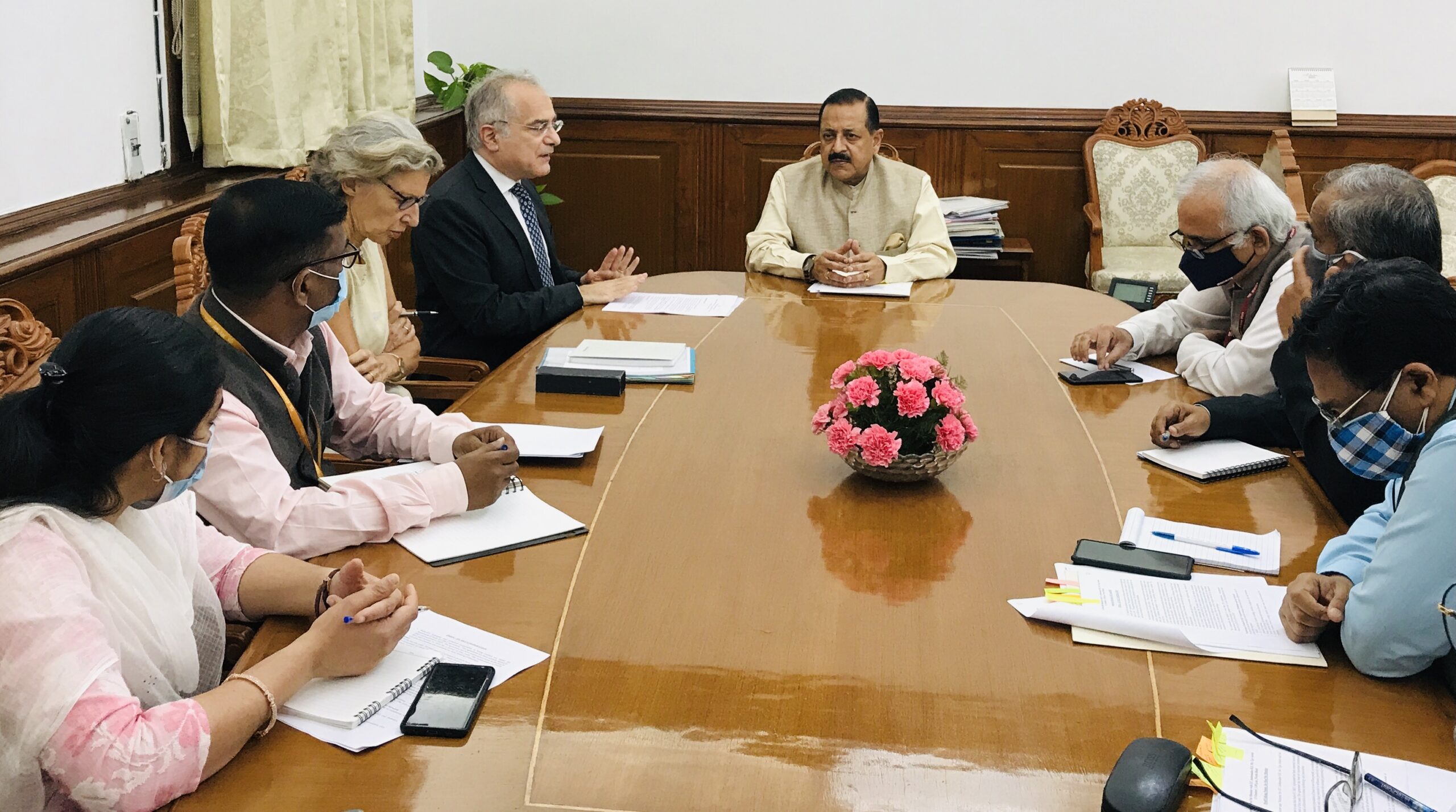 PM Modi can foresee India’s emerging role in next 25 years and his governance model seeks to build nation’s capacity to make a mark in the global arena: Dr Jitendra Singh

Delivering keynote address at a Panel Discussion “Modi @ 20 – Dreams Meet Delivery” organised by the Central University Jammu, Dr Jitendra Singh said, to understand the essence and the spirit of “Modi@20”, it is essential to read the book in its entirety and in its real context and perspective.

Dr Jitendra Singh pointed out that Narendra Modi is the only Indian leader to have completed 20 years as the Head of Government, first as Chief Minister and then as Prime Minister and across the world also this could be a rare feat to have been achieved. Secondly, Modi was the rare case of a Chief Minister directly assuming the position of Prime Minister without having been a Member of Parliament in the past. 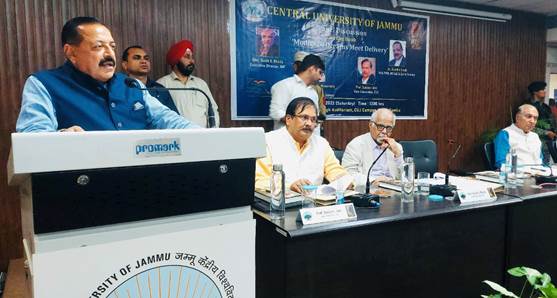 And most of all, the greatest distinguishing feature is that before Modi became Chief Minister in 2002, he had never held any post in the government or administration or not even contested any election in the past, either at local level or State level or national level, and was mostly occupied in the organisational activities.

The question, therefore, said Dr Jitendra Singh, we need to study and analyse what are the essential factors which have sustained Modi’s governance model for 20 years and continue to sustain beyond 20 years also. Significantly, instead of being affected by the principle of diminishing returns, each passing year of Modi’s governance of 20 years has yielded increasing returns and each new challenge has enabled this governance model to emerge stronger, more effective and enduring.

Dr Jitendra Singh noted that soon after Modi took over as Chief Minister of Gujarat, his first challenge was a devastating earthquake in Bhuj and as he completes 20 years as head of government, the latest challenge confronted by him was the COVID pandemic sweeping across the nation of 140 crore people. A research study of how these challenges were successfully overcome and adversity was turned into virtue, will also bring to surface Modi’s unique and exclusive work style highlighted by diligent 24×7 focus, his unquenchable quest to go deep into every subject so as to be able to provide new ideas even to the officers who go to brief him, his long hours of introspection about how to innovate new ideas and his intimate connect with the ground which enables him to assure that “Dreams meet Delivery”, as the title of the book suggests. 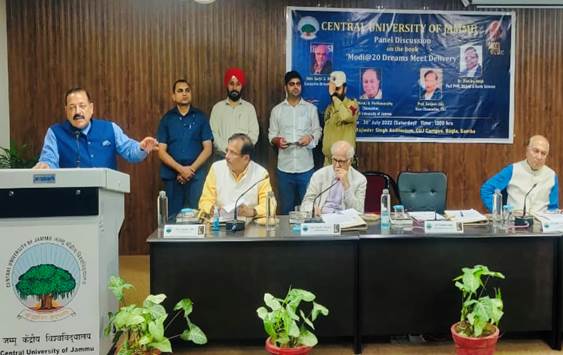 Of the several chapters included in the book “Modi @20…”, Dr Jitendra Singh referred to the chapter by Amit Shah titled “Democracy, Delivery and Politics of Hope”, which traces nation’s pessimism getting replaced with optimism and Sudha Murthy’s chapter which illustrates the awakening of aspirational India under Modi. Lata Mangeshkar’s chapter highlights Modi’s ability to strike a personal chord, he added.

Dr Jitendra Singh said, while on the one hand, Modi brought in optimum use of technology for last mile delivery through measures like Direct Benefit Transfer (DBT), his governance became more and more technology driven which not only helped in ensuring ease of living for common citizen through measure like single portal, single form etc., but also enabled objective delivery of service by civil servants through innovative concepts like “Mission Karmyogi”.

Modi has given a futuristic vision to India and spoke about “Startup India -Standup India” in his Independence Day address from the ramparts of Red Fort on 15 August 2015, when the StartUp concept was almost dismal in this country. Today, India ranks third in the world in the StartUp ecosystem.

Dr Jitendra Singh pointed out that there is also a meaning in what Prime Minister Modi keeps reiterating about Amrit Mahotsav because he can foresee India’s emerging role in next 25 years and his governance model seeks to build nation’s capacity to make a mark in the global arena.

During the panel discussion, Prof. Pradeep Srivastava gave presentation on the theme ED, TIFAC MITRA for J&K and  ‘Goan Ka Vikas, Technology Ke Saath.  While giving presentation, Prof. Srivastava highlighted major achievements of the Narendra Modi led government like setting up of TIFAC Tele Digital Health Pilot Program dedicated to the nation by Minister of S&T & ES, Dr. Jitendra Singh providing quality medical care to people in the remotest areas of the country. The key activities under this program include examination of the patients with wearable devices, transferring health data record through e-Sanjeevani cloud to a pool of doctors for analysis.

Among many authors of the book, the prominent are Sh. Ajit Doval, Sh. Aravind Panagariya, Sh. Nripendra Mishra, Sh. Nandan Nilekani and others.

The book Modi @20-  Dreams meet Delivery is about the the rise of Prime Minister Sh. Narendra Modi as a watershed moment in Indian politics. This book discusses the magnitude of his influence on the country that India’s governance paradigm and political history can be easily divided into two distinct eras- Pre-Modi and Post- Modi.