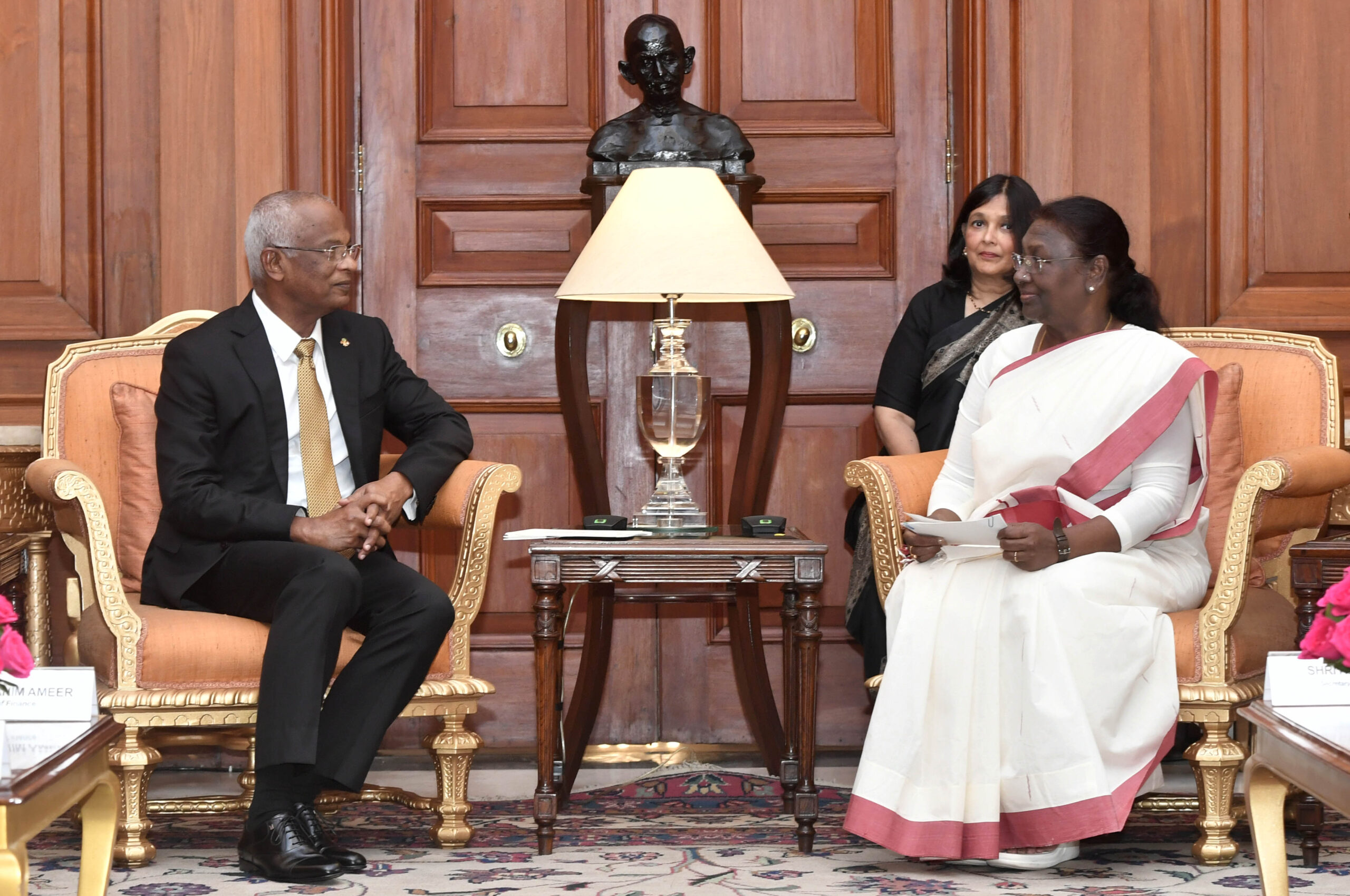 President of Maldives calls on the President

President of Maldives calls on the President The President of the Republic of Maldives, H.E. Mr Ibrahim Mohamed Solih called on the President of India, Smt Droupadi Murmu at Rashtrapati Bhavan today (August 02, 2022).

Welcoming President Solih at Rashtrapati Bhavan, the President said that she was happy to receive a close friend of India and an eminent leader under whose leadership Maldives has emerged as a stable and prosperous nation.

The President said that Maldives is a major partner and close friend of India in the Indian Ocean Region. The peoples of the two countries have enjoyed strong cultural, economic and trade ties for centuries. Maldives has a special place in India’s ‘neighbourhood first policy’. She was happy to note that India’s need-based financial and development assistance is supporting Maldives government’s development priorities.

The President said that the rapid expansion of India-Maldives development cooperation, defence and security initiatives, economic ties and people-to-people contact augurs well for India’s relationship with the Government and people of Maldives. She appreciated the courage and perseverance of the government and people of Maldives during the COVID-19 outbreak. She was happy to note that the strong India-Maldives cooperation during the pandemic has been lauded as a model for the entire region.

The President noted that capacity building has emerged as a major pillar in the India-Maldives partnership. She expressed confidence that MoUs signed during this visit will further strengthen capacity building initiatives in Maldives.