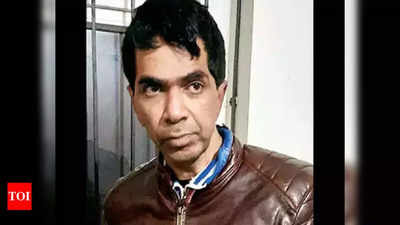 On Thursday, 4 November, Undertrial Gangster Ejaz created a buzz in a Sessions Court when he was produced before the sessions court.

On Thursday, 4 November, Undertrial Gangster Ejaz created a buzz in a Sessions Court when he was produced before the sessions court. He showed a plastic bottle filled with dead mosquitoes to the Magistrate to highlight existing conditions in his prison cell
alleging that the inmates of Taloja jail have to face mosquito problem everyday.

But the ploy did not work and his request for a net was turned down. The jail authorities too opposed the plea citing security reasons. The court while rejecting the application, affirmed that accused.a former associate of fugitive gangster Dawood Ibrahim is facing multiple criminal cases, including those under the Maharashtra Control of Organised Crime Act (MCOCA) adding that accused Lakdawala could use Odomos and other mosquito repellents.

Reportedly, accused Lakdawala was arrested in January 2020 and is lodged at the Taloja prison in neighbouring Navi Mumbai since then. He recently filed an application in court seeking permission to use a mosquito net. In his application, Lakdawala has cited that in 2020 when he was remanded in judicial custody, he was permitted to use a mosquito net, but in May this year, the prison authorities seized the net over security concerns.

Besides Lakdawala, several undertrials from the Taloja prison have also filed similar applications. In some cases, the request was allowed, while it was rejected in several others.

Gangster D K Rao was permitted by the court to use mosquito net by one judge, but another judge did not permit the same to a few accused in the Elgar Parishad-Maoist links case and a direction was given to the prison authorities to take all necessary precautions to curb the mosquito menace.

In September this year, activist Gautam Navlakha had also filed an application seeking permission to use a net, which is still pending.