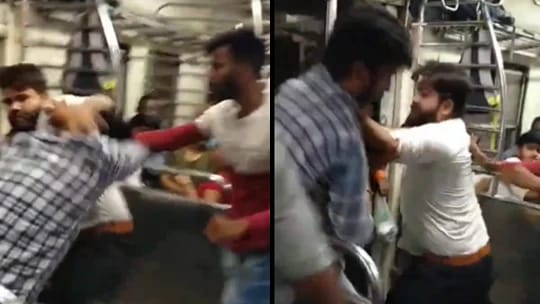 Fights and wayward demeanour on local train has become a common affair and a challenge to the railway authorities to ensure safety of passengers during their journey. The fights has emerged as a new trend.

In a fresh incident, after a earlier fight of two women in a local train, now, two men slap on board a Virar bound local train, drag each other in a fight from the footboard of which the video has surfaced while the train is in motion putting their life to stake and the video has gone viral on social media.

Initially, the visuals show men being involved in a verbal argument, and later end up in a an ugly climax of physical fight.
but now past with today’s digital world, such chaos are instantly shared on social media and viraled.

These incidents not only dent the image of Mumbai local trains but also raise questions about passengers’ safety.