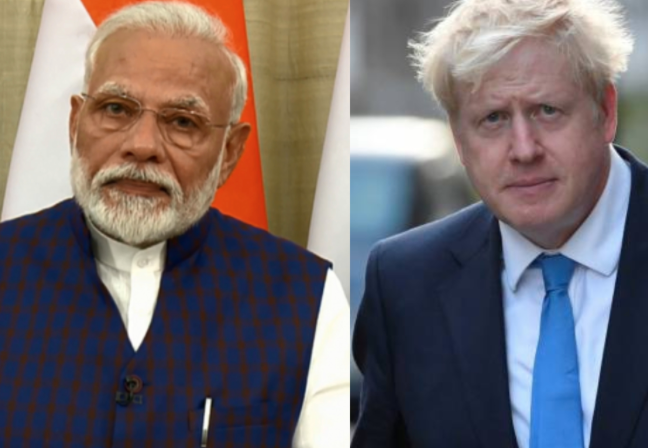 An ambitious ‘Roadmap 2030’ was adopted at the Summit to elevate bilateral ties to a ‘Comprehensive Strategic Partnership’. The Roadmap will pave the way for a deeper and stronger engagement over the next ten years in the key areas of people-to-people contacts, trade and economy, defense and security, climate action and health.

India and the UK launched a comprehensive partnership on migration and mobility that will facilitate greater opportunities for the mobility of students and professionals between the two countries.

The two leaders discussed the Covid19 situation and ongoing cooperation in the fight against the pandemic, including the successful partnership on vaccines. Prime Minister Modi thanked Prime Minister Johnson for the prompt medical assistance provided by the UK in the wake of the severe second wave of Covid19 in India.

Prime Minister Johnson appreciated India’s role in extending assistance to the UK and other countries over the last year, including by way of supply of pharmaceuticals and vaccines.
Continue Reading
You may also like...
Related Topics: