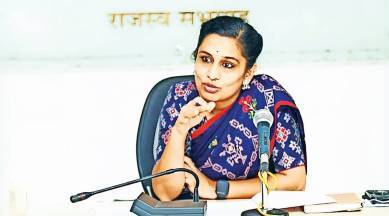 Ahead of the Andheri East By-Poll on November 3, 48 hours restriction has been imposed for various campaigning from November 1
By Nidhi Chaudhary Collector Mumbai Suburban District

In accordance to the model code of conduct, usage of bulk SMS and loudspeakers, use of religious places for campaigning, conducting any opinion polls or surveys and any kind of assembly, public meeting and processions are banned amid the restriction period.

A complete ban has been clamped on buying, selling or exchange of liquor in the Andheri East area during this period.

The bypoll is necessitated in the wake of the demise of Shiv Sena MLA Ramesh Latke in May this year. This is the first election following the vertical split in the Shiv Sena in June-July. Latke’s wife Rutuja Latke is the candidate from Shiv Sena (Uddhav Balasaheb Thackeray).

On October 16, the Bharatiya Janata Party (BJP) decided to withdraw its candidate from the assembly by-election, a day after Maharashtra Navnirman Sena (MNS) chief Raj Thackeray and Nationalist Congress Party (NCP) chief Sharad Pawar sought the unopposed election of Rutuja Latke from the seat to show reverence to her husband and the deceased MLA, Ramesh Latke.

According to the District Collector’s office on restrictions related to election campaigns is implemented as per the model code of conduct starting 6pm on November 1, till the end of the election.

Further as per district collector’s office strict action will be taken against those candidates violating the model code of conduct.

Collector of Mumbai Suburban District, Nidhi Chaudhary, requests all the eligible voters to come out and vote during the election day. Elections will be held on November 3 from 7am to 6pm.