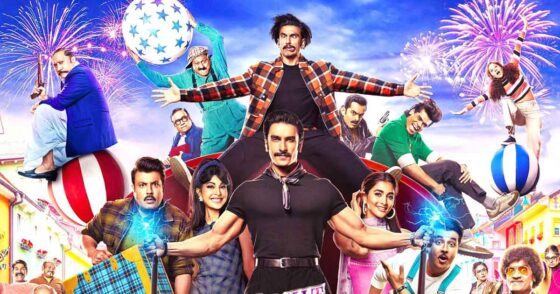 It is a known fact that Ranveer Singh Rohit Shetty share a bond and the pair has always given meaty action sequences, massy comedy, and massive music scores.

Well, now, by public demand, the twosome are finally back with their new venture Cirkus after a long wait. Rohit Shetty has dropped the poster.

Well, it’s everything that it had promised to give double role confusion, comedy & tickling one-liners, mass-energy from the team, and so on and so forth.

For the unversed, Ranveer had worked with Rohit Shetty in Simmba, a venture under the Singham universe, and then he later appeared in Sooryavanshi along with Akshay Kumar and Ajay Devgn.

When watching a Rohit Shetty movie, one expects big sets, one-liners, bone-tickling comedy, action-packed drama. Well, all these were seen in Ranveer Singh starrer Cirkus as well. The movie is in itself a comedy verse.

A few hours back, the makers and the team dropped the trailer, and it immediately created a buzz all around it.